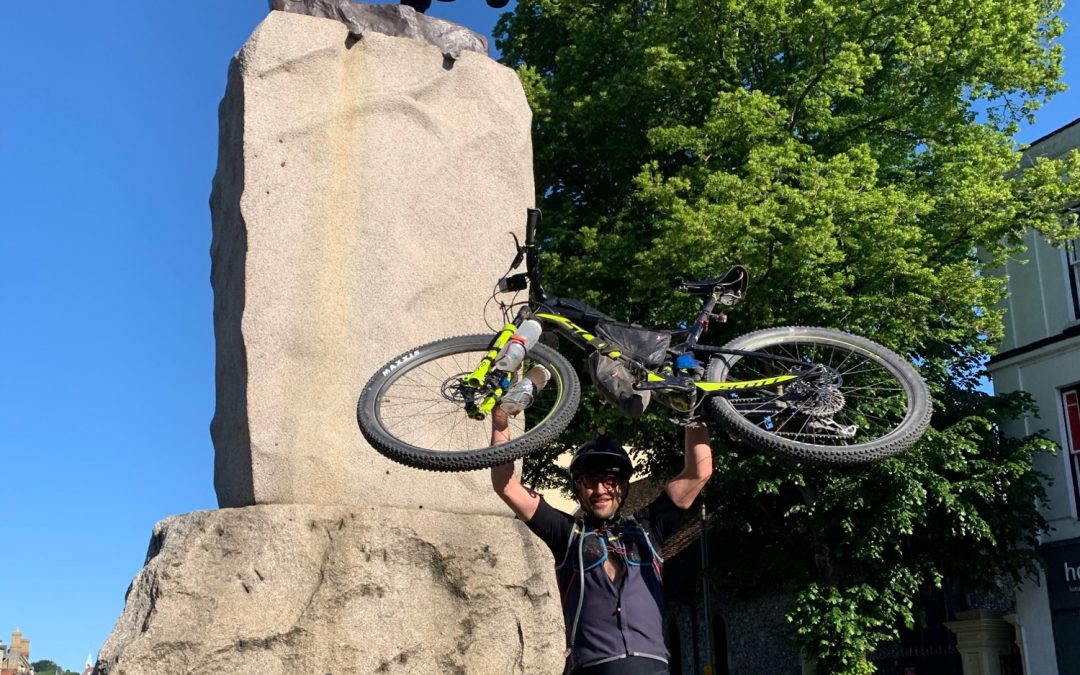 Some hints a tips from Angus:

Time of year: I live in Winchester and spend stupid amounts of my time on the SDW so know it well and how it changes through the seasons. I wanted to aim for the double when I figured the trail would be dry, rolling fast and not too overgrown in the more leafy sections. July and August can be surprisingly damp. By September things are starting to die back a bit and it can be nice and dry but then start getting into stronger South Westerlies – good on the way out West/East. Not so good coming back. I also wanted to make sure I had pretty decent amounts of daylight. Sure, not into the short nights of mid June but still pretty short nights. Again, by September days are shortening a little.

Time of day: Big debating point but and I know the received wisdom is to leave in the evening and do the night ride “fresh”. Having consulted with Jonny, whose first attempt leaving in the evening wasn’t successful but left in the morning for the second, successful attempt, I did the same. Worked really well for me. I planned to leave at ten. Got up pretty leisurely at 0700 which meant I wasn’t wired the night before about an early early start and slept well. Ate a big breakfast plenty of time before starting, packed up and cruised to the statue. Felt really relaxed as a result and well rested and fed. The other thing which Jonny observed, which also worked really well for me, was that doing the return in the dark means you’re limited to a little pool of your own handlebar lights around you and as the hills get harder just focus on your knitting, turning the cranks, rather than peering up the hill ahead of you wondering how long it’ll go on for….Final point, wasn’t sure the water stops would be in good order so wanted to check the whole route whilst in daylight. Only downsides for me were: nearly falling asleep on the handlebars just before dawn with no sunlight to keep me feeling more awake; and, the hill profile on the way back from Eastbourne to Winch means that you get more long steady ascent, short sharp descent which I had to dial back in the darkness a bit more than I might of in the night. Oh, and if there’s been a nationwide badger cull – no one told the badgers. Loads of them running ahead of me in the dark and some deer with pretty suicidal tendencies crossing fast across the path ahead when concentration was a bit jaded….

Time of week: I was watching the wind/weather carefully and just happened to be perfect on the Sunday morning. Would never otherwise plan to do it on a weekend as too much hiker traffic. I just happened to chose the worst Sunday – bank holiday, beautiful weather and everyone coming out of Covid lockdown and spilling into the national park. Thousands of people, never seen anything like it. Fitted a bell to the handlebars and broke it with over use three quarters of the way through the outbound.

Direction: I don’t much mind which way. With Covid, it just wasn’t practical or sensible for someone to be driving me East to start or to travel and stay anywhere so I started where I live, Winchester. I’d probably do that anyway, even if I didn’t live here. Lots said about Eastbourne end being harder but actually not a lot in it. Most important factor is wind direction. I wanted to leave with as much assistance from the wind as possible and as little resistance as possible on the way back. Watched the weather for a couple of weeks for that scenario and almost got it right. I had about 10-15 knots from the West on the way out and the breeze was forecast to die off as I hit Eastbourne. Didn’t quite work out that way so I had a couple of hours of headwind on the way home before it died to nothing at about midnight.

Bike: I have done the SDW one way a few times on my Vitus Rapide hard tail. Light, whippet of a XC bike. I am 50 though and everything starts to hurt after 9/10 hours so, given I’m doing much more of this endurance stuff I started to look into fullies. You don’t need one in terms of the technical level of the trail and there’s a weight/stiffness penalty but having done a few 10 hour plus rides and given how good some of these XC bikes are now in terms of weight and stiffness in full lock out, I wouldn’t ride more than 5 hours on anything else. I have a Scott Spark RC World Cup 29er. It is the best bike I have ever owned. Period. It killed the miles pretty painlessly and in full lock out is just that – very little movement so nearly like a hard tail uphill. I have been a weight weenie and taken lots of it so it’s now 10 kilos without bags/bottles. I was running Maxxis Race Rekons. Semi slick and very low rolling resistance. Wasn’t so good on the front and since changed that to a Rocket Ron for a bit more bite (and low rolling resistance).

Kit: I don’t like to wear a rucksack. I did have an OMM very light 2 litre weight water bladder. I have bottles on the front forks and light weight frame bags for food and spares (Covid meant I wanted to be completely independent and had some spares etc and I’m training for Colorado Trail Race so wanted also to test systems, no one needs it for the SDW Double but it did work really well for me). You do need a lot of food if you’re doing it Alpine and don’t like synthetic food (I don’t) so carrying capacity is something to think about. I took more water carrying capacity than I thought I’d need as I wasn’t sure of the state of the water stops this year given Covid and maintenance schedules for taps etc not being certain.

Electronics and nav: Used a Garmin Edge 1030 which was really excellent. Gives 20 hours but I also took a battery pack which does another 20 hours and also charged my iPhone. Navigation seriously recommended – plenty of places to go wrong at night/when tired and miles wasted, you can’t get back. My lights are Exposure. Again, maybe over kill but I had Maxx-D on the bars and a diablo on the helmet. Didn’t need the helmet but again, training for Colorado Trail Race and wanted to check systems.

Food and hydration: I went with a bunch of ham and cheese sandwiches and food I get on with like malt loaf and panforte and some emergency gels in case of gastric distress – didn’t need them. Won’t go into detail on food as its such personal preference and years of experimentation. Set a bleeper to eat once every 45 minutes. Taking on about 250-300kcal an hour with food and 40g Skratch per bottle of carb/electo. Had a Huel mix at Eastbourne. In total, took 6,500kcal with me. Burned an estimated 12,000kcal. I suffer from cramp so took on a salt pill every two hours ontop of the electro in the bottles. I also need to replace a lot of fluid so carry about 2 litres and drink frequently. Waterstops I know pretty well and marked down the ones I wanted to use. There are some good resources on the web to ID them by location with photos which are helpful.

Training: Pre event, put in a tonne of hours and about 3,500 miles this year by the time I hit it as I have been training for the CTR. Max run before hand was about 7 hours – mostly doing higher intensity stuff and had Jon Fearne (absolute legend!) looking at my training and numbers and advising for the CTR so was really helpful for the SDWD too. Best advise was that heart rate just unwinds from about 9-10 hours and nothing you can do about it to keep it up toward the 130-140 I need to generate decent power. I got to Eastbourne in 9.5 hours watching heart rate carefully to stay within my limits at Z2ish and knew I’d be OK absent mechanicals with 14.5 to get back which was a boost. As I did the return journey, sure enough, HR just kept unwinding like an old clock….should have take some caffeine and was a mistake not to. Only other noteworthy thing was saddle sore from about 15 hours which got niggly towards the end. I’m using a brilliant B17 Special titanium which is worth it’s weight in gold and I think it was probably saddle positioning – slightly long on the leg and rocking the hips. I took paracetamol from 12 hours which was perfect.

That’s about it folks. Good luck if you’re trying it. Always happy to provide advice if you want to look me up on Strava it’s “Fatboy Slim”….. It’s the most beautiful route and so fortunate to have it on my doorstep. The best way I know to keep body and, most importantly, soul together….. 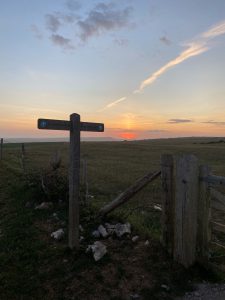 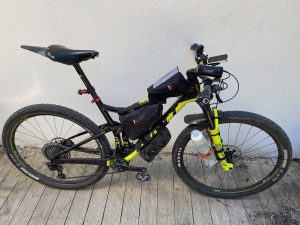 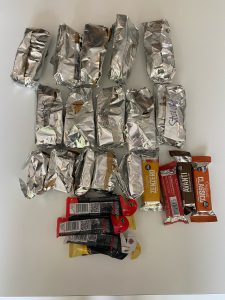