There are two valid routes that can be taken for the Double. For many years up to 2009 the SDW route took in Warnford village. Then a temporary route was added and took in Exton village and a sharp climb up Old Winchester Hill. This then became the official route of the National Park’s SDW. We shall refer to them as the Classic (i.e Warnford) and Current (i.e Old Winchester Hill) routes.

As I say both routes are valid but we encourage you to use the Current ‘Old Winchester Hill’ route. The hall of fame will indicate what route was taken. We understand that you may want to compare your previous time on the Classic route or even to previous rides by the old masters!
Map below shows the route differences.

The route for the Double is the ‘Riders Route’ which differs from the walkers route, which uses footpaths in a few places, while the cycle route uses bridleways throughout, so be careful not to get caught out with some signage.

We are providing gpx files for each direction for the Current and Classic route. We have split them into single way files as some devices do not like traversing over the same route in the opposite directions. If you are not starting at Winchester or Eastbourne I can recommend GPS Track Editor to create your gpx files from ours.

Where do I start the Double?
Actually you can start anywhere you like, but most people start in Winchester. This means the last 1/4 is on the perceived easier section. i.e heading back into Winchester. Funnily enough there is just a much climbing on either half of the South Downs Way, but most will agree the Winchester/Amberly section is easier, certainly helped by some road sections. See above for elevation profile. So you can start in Winchester or Eastbourne or say halfway, as long as you traverse the South Downs Way twice, it’s all legal.
If you are going Alpine and starting half way, no cheating and taking supplies from your car. However it would be a good idea to have emergency supplies available and then you will be doing a supported ride if you use them.

Official Start in Winchester.
For the purpose of this discussion we will assume you are starting in Winchester. The King Alfred Statue marks the starting point for the Double. For your Sat Nav that’s postcode SO23 9BE. YOU CAN’T MISS IT!!

In 2017 the South Downs Way was given an official start point in Winchester at the National Trust’s City Mill, only a 100 yards or so away from the statue. For the Double we stick with the King Alfred Statue. 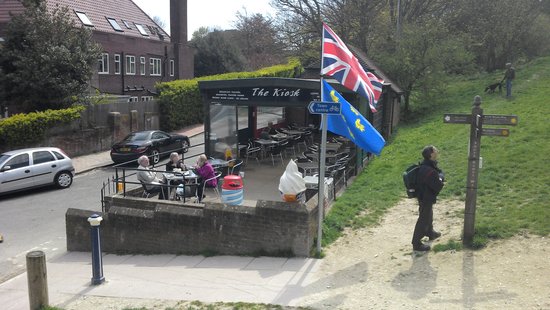 Profile
There are few sections that are level – generally it’s always going up or down. All the climbs are rideable but some are pretty stiff. It’s worth remembering the rivers are always close to sea level, and the major roads go through handy gaps – so when you cross one, you’ll know you’ve got some climbing ahead!