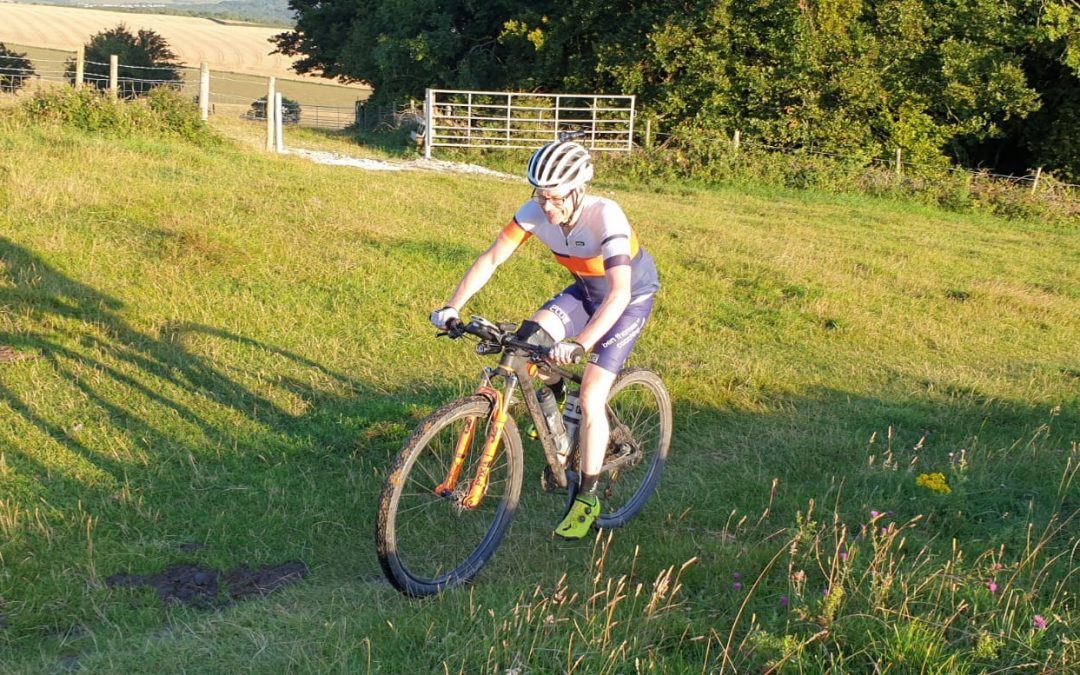 It had been 5 years since my only and first successful Double ride back in 2015. A lot of water has passed under the bridge since then in my cycling career.

In 2017 I started working with Ben Thomas Coaching. That culminated in winning the World 24 Hour Solo Championship in 2018 for the 55-59 age group, up in Fort William. A very proud moment for both of us.

I wanted to turn the huge gains in fitness to a sub 20 hour Double ride. Having retired from racing at the end of 2019, it was time again to attempt the double. Training started in February for a June longest day attempt. However the build up was far from perfect, at the beginning of lock down I foolishly swallowed some petrol while syphoning, needless to say that did not work out well! It hit me hard and many weeks training were lost. To this day I still notice the effects.

Unsure if I would manage an attempt this year, I started up training after a number of false starts in mid May, with an eye on an August/September attempt.

Training went well and the day was upon me, with an impending mini heat wave I was forced to go a bit earlier than I wanted and with a far from ideal, but manageable taper, August 5th was the day.

I’d chosen an early evening start first time round in 2015, from Winchester, this time it was a 4am start at Amberley heading to Eastbourne, with a view to getting the tough first half out of the way and to minimise night riding.

The plan was to ride to an average speed of 10mph and hold a max normalised power of about 185w. Things started well, and with encouragement from Rory Hitchens riding with me for a bit, I was holding just over 10pmh, until I was nearly back at Amberley 90 miles in, I started to blow up. The average speed and power were dropping quick and I was feeling awful.

It was time to bail, perhaps I could have rested, but a sub 20 hour ride was my target and I could not see past that.
Big disappointment, nothing made sense, in 2019 I had done one way effort in 8h 14m averaging 195w and felt good at the end in 30 degrees, this ride was so far off that and much cooler, however it was still warm. No chance to acclimatise as it had been quite cool in the summer.

I couldn’t let it be, maybe it was just a bad day, maybe it was the effect of the petrol, I had to go again, I kept the training up and waited for a window in the weather, it was just wind day after day, until finally Bank Holiday Monday the weather came good, very light winds, cool – 17/18 max. We were on!

This time I chose a Washington start at 5:30am, just as the light broke. Before I had a lift, this time I was solo, so parking was easiest at Washington. The plan was to ride out to Eastbourne again and if I felt good at the car I would keep going. Conditions were near perfect, still, actually quite cold first thing, just how I like it!

This time I was only interested in beating my previous time of 23h 02m. After chatting with Ben we decided on a average normalised power of 175w. I also dropped the average speed to 9.5 mph. I knew I could do 9mph and still beat my PB. This all took the pressure off.
Finally got started at 5:50am. Wasn’t feeling too good to start with, but settled after a couple of hours. I was holding 175w, also I set a max heart rate of 150 (my max is 190). Average speed was around 9.7, trying to stick to just 220w max on the climbs. I was very comfortable at this pace, although I was on the last attempt until I blew up:).

I get back to Washington still at 9.7mph, average power is dropping to about 168w, but the pace is holding up, so I didn’t see the need to up the power. Now I’m on the easier section, although it does not feel like it:). QECP comes and now the average speed is up to 9.9, power still dropping, but again I didn’t worry about this. It’s getting cold now, but again I’m not bothered as that can only help. I’m still feeling strong, such a contrast to 2015, I was struggling and stopping on the final 100 miles. Don’t get me wrong, I was not as fresh as a daisy, but I’m not having any lows, just riding steady, not burning matches with bursts of power.
I now know barring problems, I may make under 20 hours, there is always that doubt. I get to Amberley, which I was dreading, but really it’s a short climb, them I’m nearly back. By now I’m going for it, banging out 300/400 watts. It’s amazing what the body can do after all those hours. I get back to the car at 1:30 in the morning, over the moon 19h 39m, WOW!

Nutrition: I used gels through out. I have a double size one from a Swiss company here, it’s basically like a mini toothpaste tube, so much easier than trying to open the traditional gels. I had one every 55mins. I’m lucky I can eat them all day long and no stomach problems. I had about 15g of carbs per hours also from Torq energy power.

I weighed 65kg at the time, my FTP was roughly 270 watts for reference.

So given the far from ideal preparation, I can’t quite believe it. Now I wonder what I can do with ideal prep? 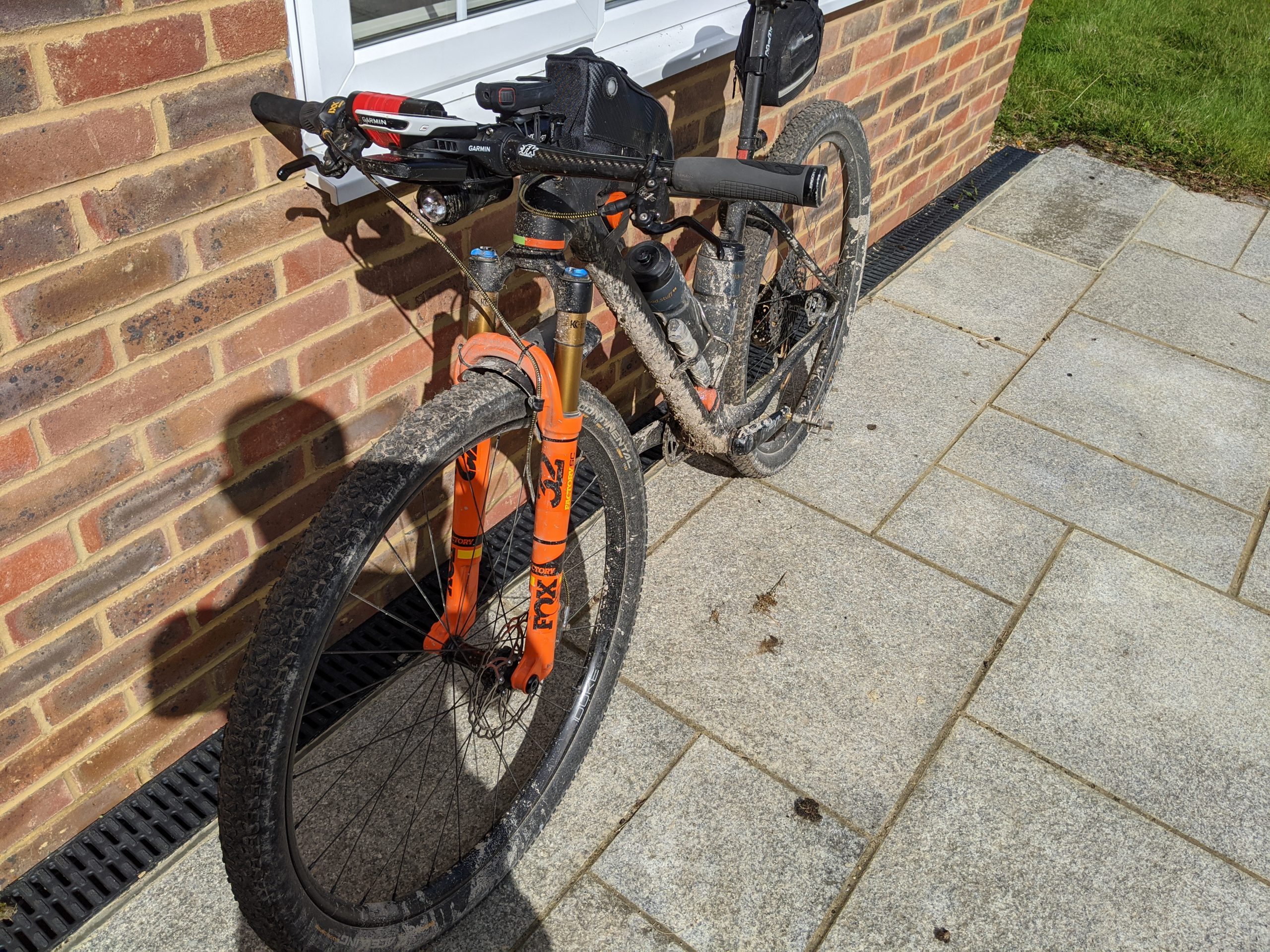 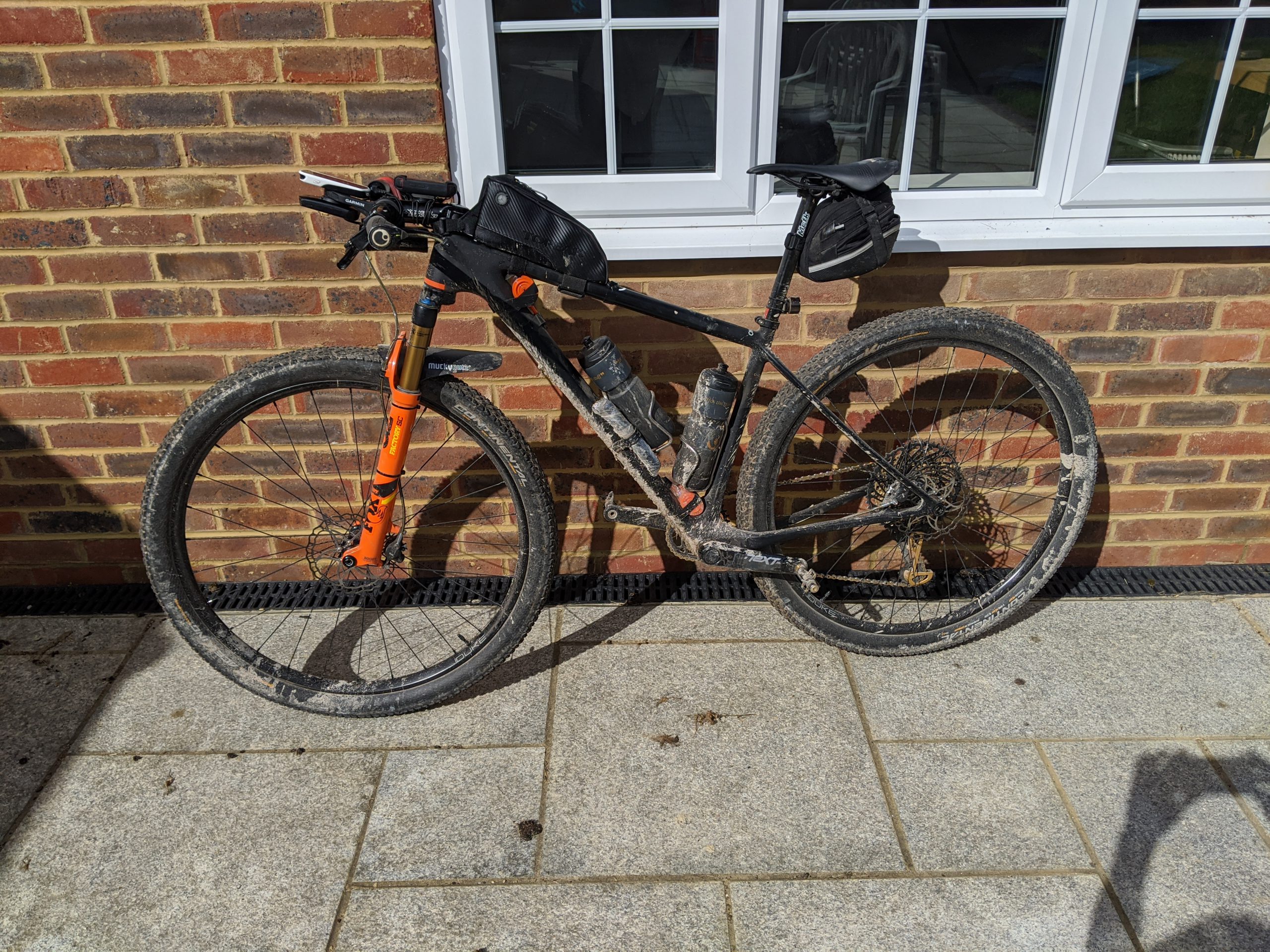