Most things went right. No mechanicals or punctures, bike great, light didn’t run out of juice, schedule bang on for most of it, mainly sunny, dry trails, no knee niggles, back, wrist and backside pain bearable. A few things didn’t – could have done without 100 miles into a headwind going east-west, got the fuelling side of things wrong (couldn’t stomach most of the food I’d brought which was probably the main reason I weakened after Winchester), and I had a (not disastrous) crash – see below.

Many people to thank. My valiant support team, both on and off bike, who did so much to boost my morale. Will / Tank, Emmeline, Kenny (albeit thwarted by a puncture) and Iron Mike for sharing some miles (massive kudos to Mike for bivvying on Chanctonbury to be ready for me when I came through at 2.30am, and also for the whisky at the end!). Siddy for his morale boosting messages from the sidelines. Emma and Dougal 🐕 for an expected rendezvous at Southease and a totally unexpected one at Winchester – you are awesome 💖

And how about this for karmic symmetry? 10 miles from Winchester a mountain biker pulls alongside and says “Hi Al!” It’s Angus Buchanan (aka Fatboy Slim) who I met on Itford Hill in May when he was doing his SDD. We got chatting and rode a few miles together. Now totally by chance (he lives in Winchester) he was on hand to reciprocate and inspire me to put the hammer down. Amazing. The universe moves in strange way

Today I’m aching in quite a few places – had a 20mph crash coming off Beacon Hill hitting a rut in the dark – got away with only a bashed knee and shoulder. But overall I feel less beaten up than I did in 2010 which is great. I also enjoyed it more – the weather was beautiful, the night riding was a real buzz, and the sunrise at Blackcap, the sparkling weather on the Eastbourne section, the blood moon coming from Winchester, and then the following day’s sunrise at Blackcap will all live long in the memory. 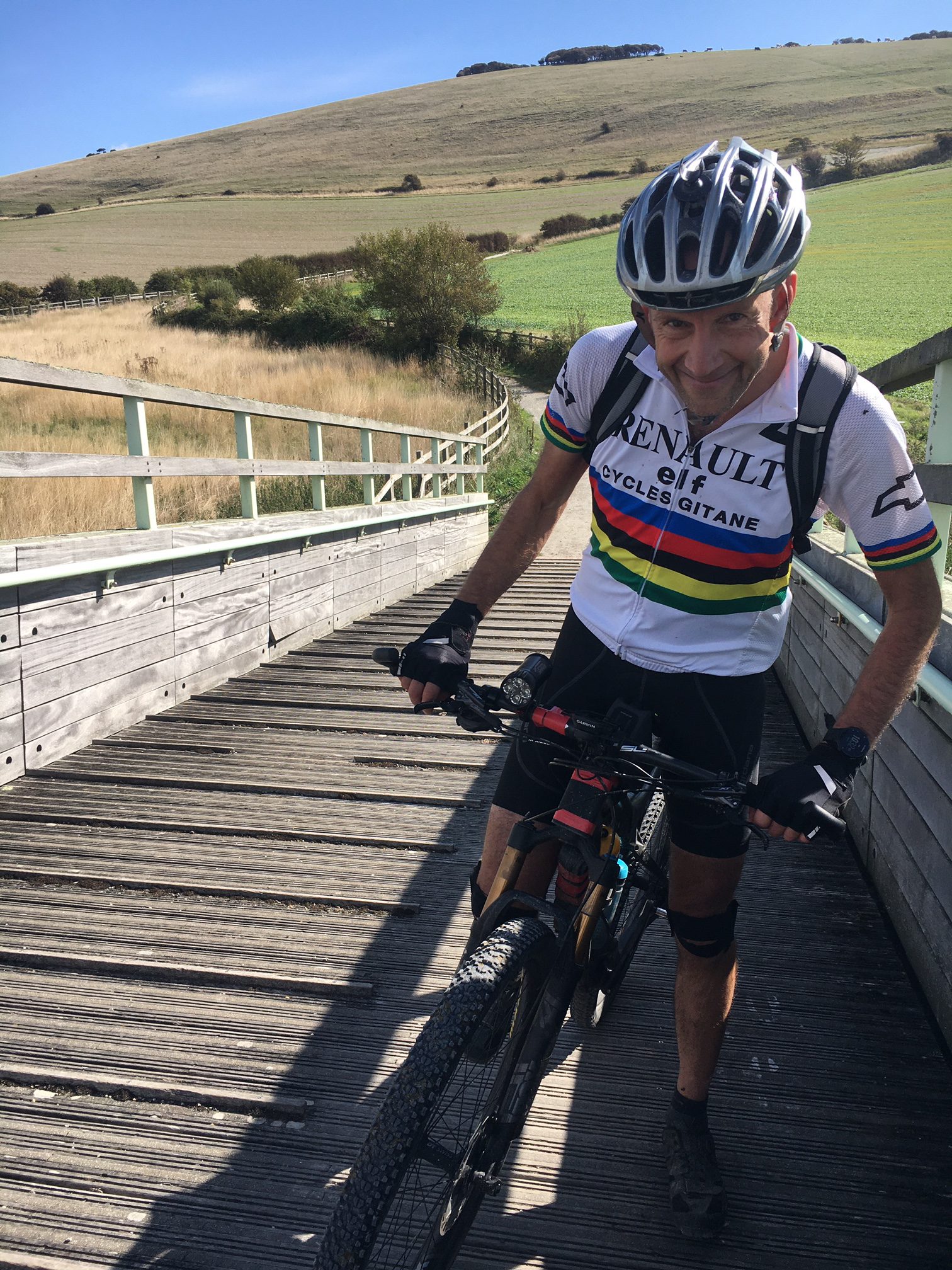 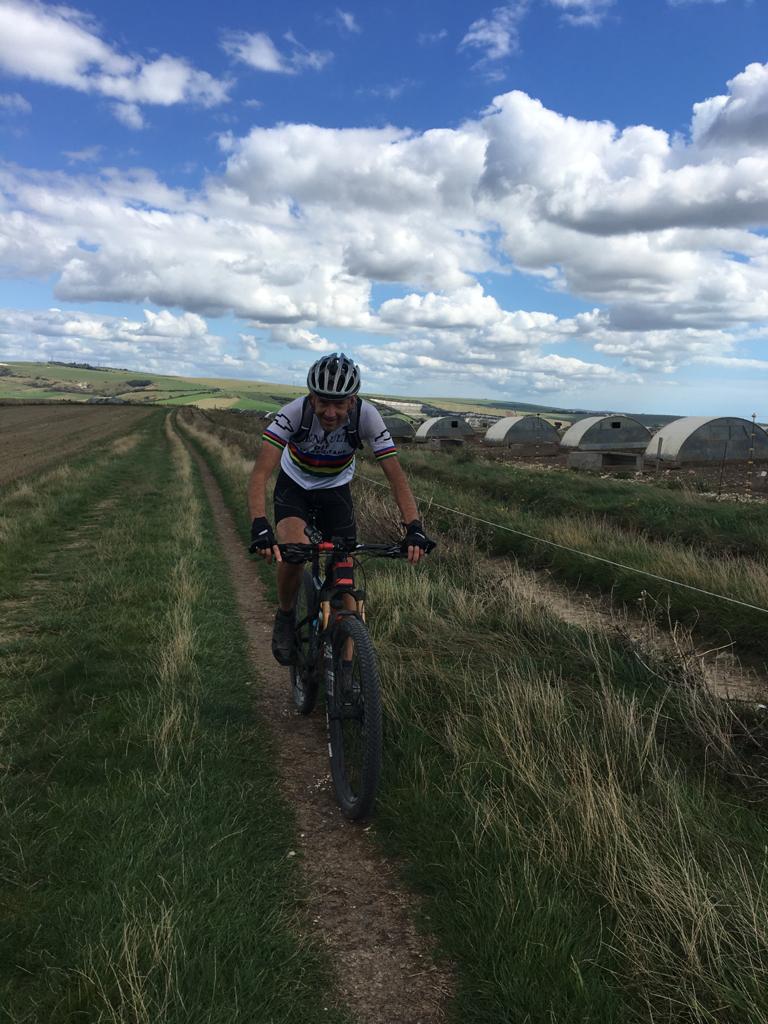 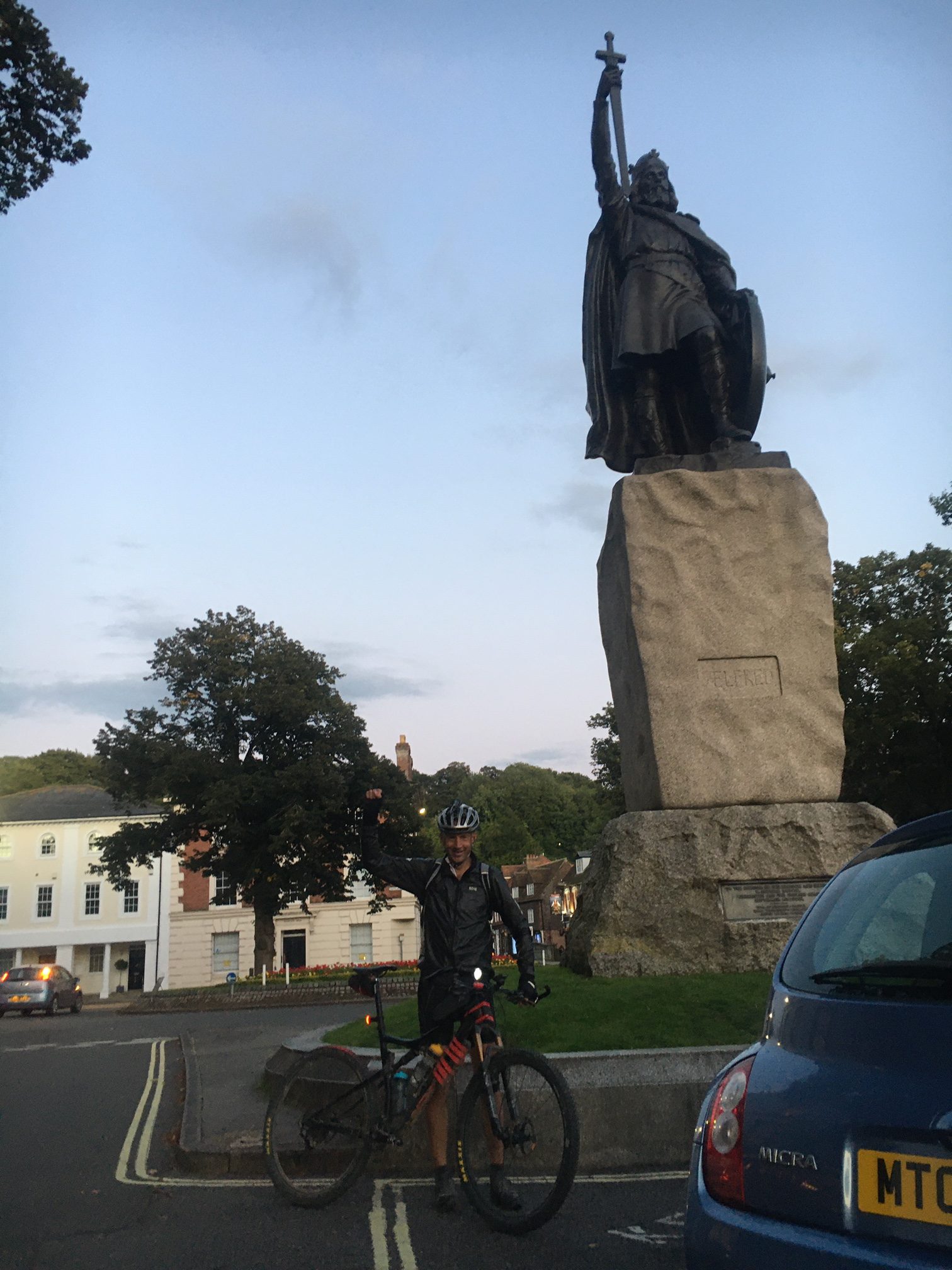 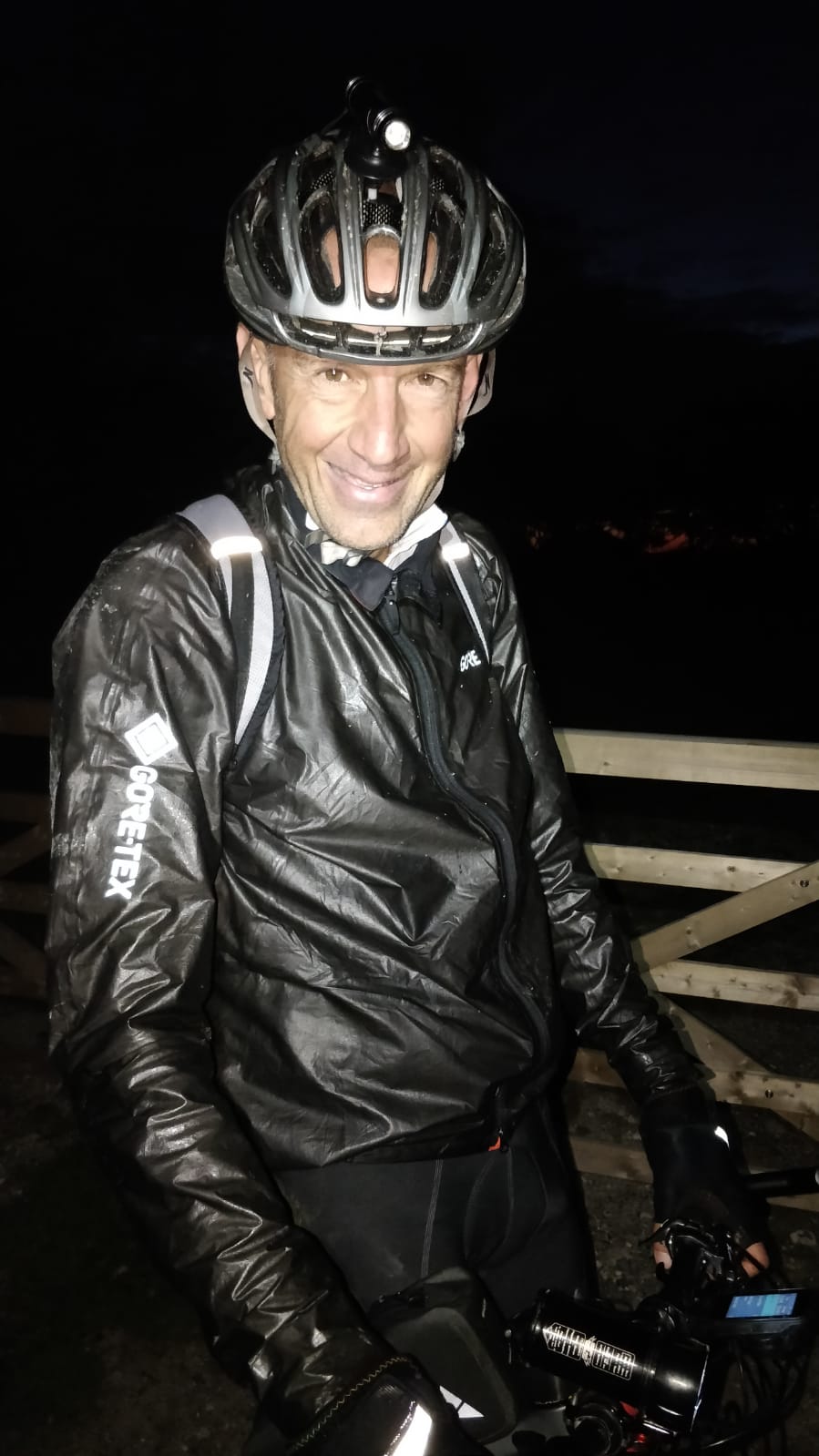 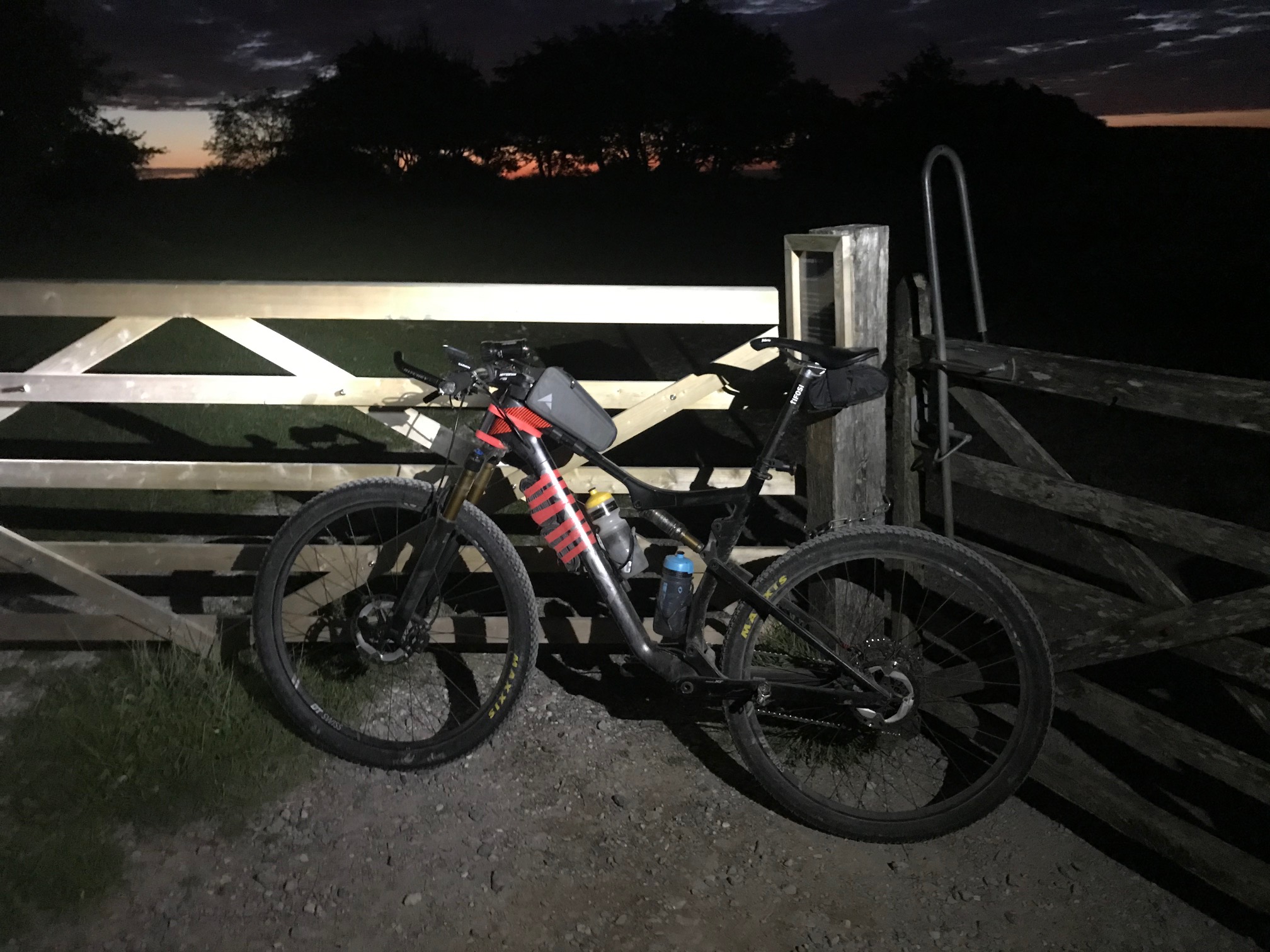