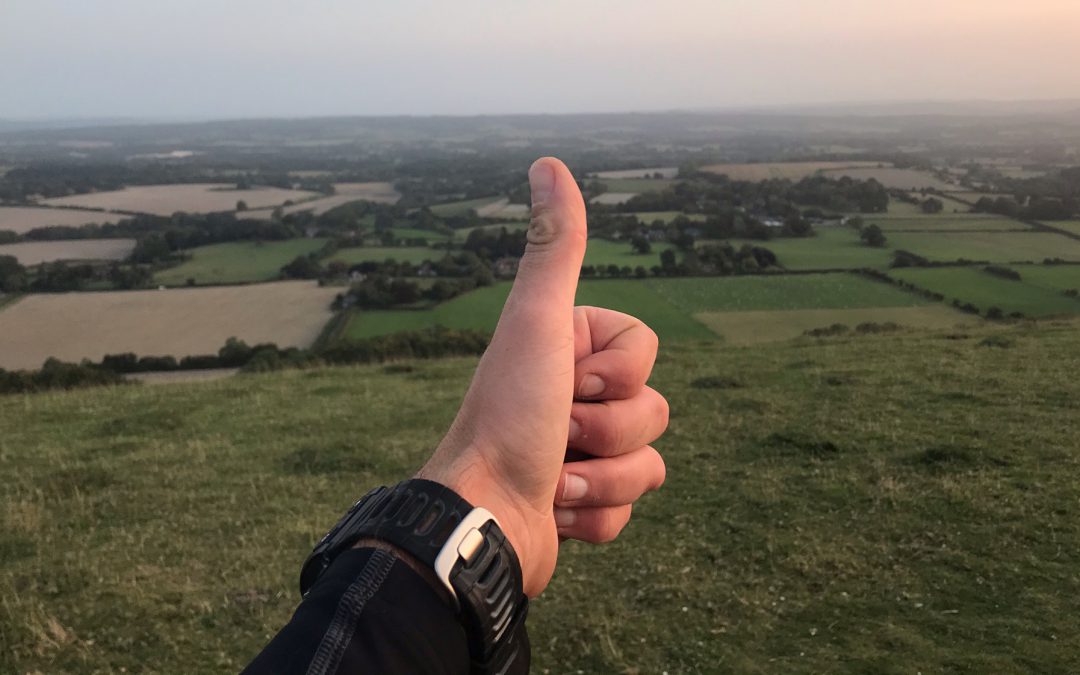 Peter Harrison – 18h 5m 27s on the 17th September 2020. After an earlier failed attempt in September Peter smashes out a very fast Double!

My fascination with riding the South Downs Way started over a decade ago, when, as a fat and slow newbie cyclist, I was trying to cycle 35miles of the SDW (Brighton to Eastbourne) for charity on the only bike I owned; a 24” wheeled child’s jump bike. It took something like 8hrs and was an ordeal. As I was riding along, hating life and my friends who had convinced me to do it, a ‘proper’ cyclist passed me and said he’d left Winchester at 4am and was riding the whole way. I nearly rolled off my saddle. I couldn’t believe someone could ride the whole way in a day..

In the years that have passed, I’ve had a few one way attempts, including once in February for my stag do with a bivvy sleep out en route (and a weekend in Brighton at the end).

Then during summer 2020, I decided to attempt the double. My first attempt was early September. I got off to a bad start when about 10mins into the ride my lights broke, plunging me into darkness. I had to navigate back to the car using my phone torch. I had some spare lights in the car but they wouldn’t have lasted more than a couple of hours. I decided to ride to Eastbourne anyway, to recce the route, then ride back to Brighton to catch a train home. The ride was plagued with punctures, but was a good learning experience and crucially it didn’t put me off cycling forever.

I thought I had blown my chance of doing it before the year was out, but as luck would have it, there was some more excellent weather forecast a few weeks later, so I decided to have another try (this time with some borrowed, working lights).t.

The ride from Winchester to Eastbourne was fantastic, despite a ~14mph NE cross-head wind. I loved every minute of it. No drama as with my first attempt. I tried to stay relaxed and not burn too many matches. I arrived in 8hrs 25mins.

The way back started well, helped partly by the wind that I’d battled in the first half.

Unfortunately, after about 140miles I ran out of Haribo starmix, which up to that point had been my main energy source. I switched to hobnob bars but quickly got through my supply. The miles started to tick by agonisingly slowly. My wrists, hands, and backside became painful and I couldn’t get comfortable, and I was conscious I was freewheeling more than I should have just to relive some of the pressure.

I suffered through the next few miles, made worse by a few wrong turns when I took my eye off the garmin.

Before I knew it, I recognised I was only a few miles from Winchester and I gave it a final push to finish in 18hrs 05mins.

Overall, I’m pleased with the ride. If I was having another attempt I would do a few things differently (more starmix, although irritatingly when putting my clothes in the wash the next day, I found a load of uneaten food!), but I don’t plan on doing it any time soon! For now, I just want the feeling to come back in my fingertips.

Lots of people to thank. Nick C who lent me a set of exposure lights for the attempt, plus a Garmin Etrex which was excellent for navigating. Paul E for giving me advice before the ride and and being on hand to help if anything had gone wrong. Matt W for letting me park in his driveway twice in two weeks (and also an apology needed for waking him up with my loud car at 4am). Not forgetting my long suffering pregnant wife for putting up with my incessant obsession. 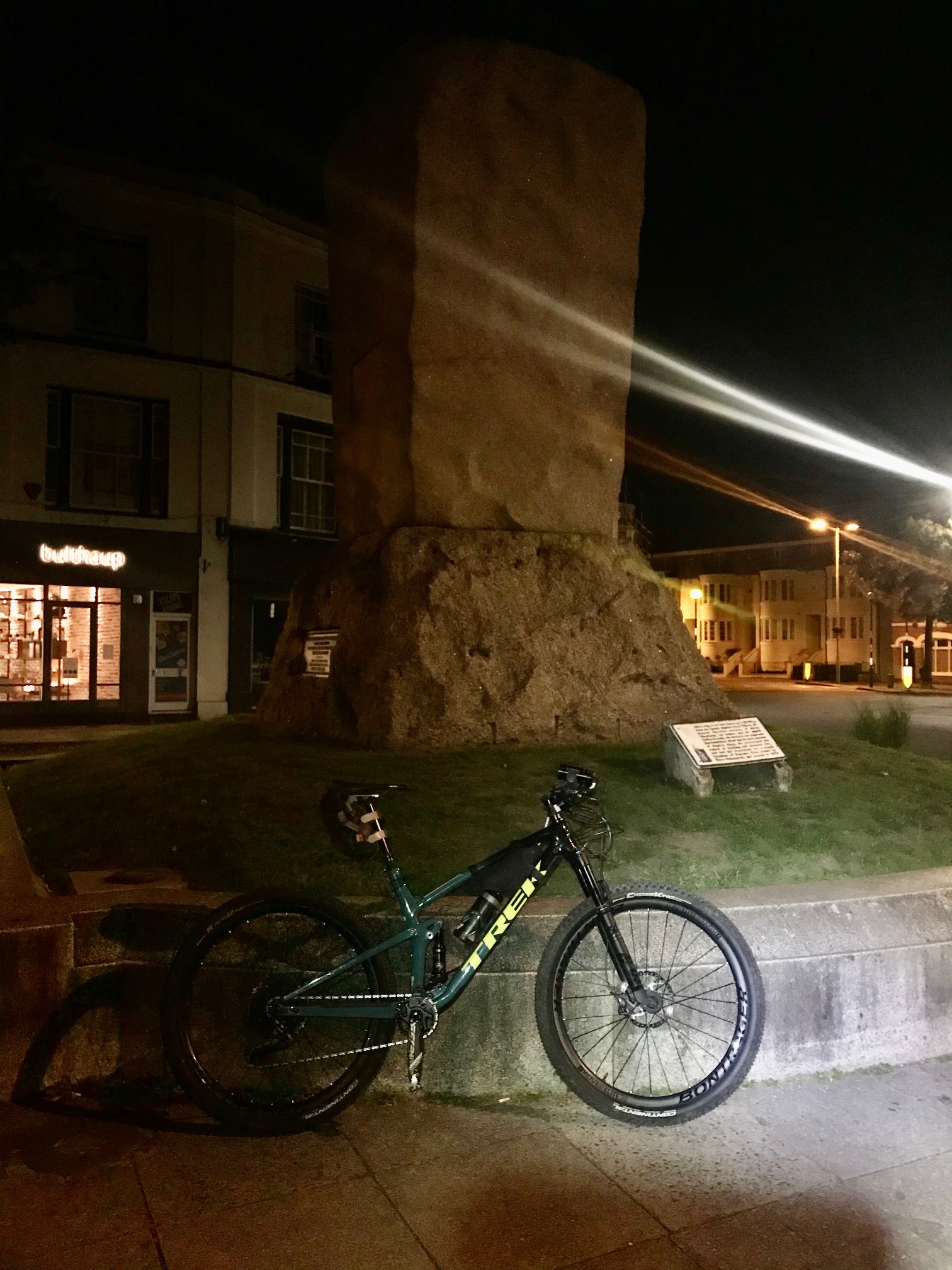 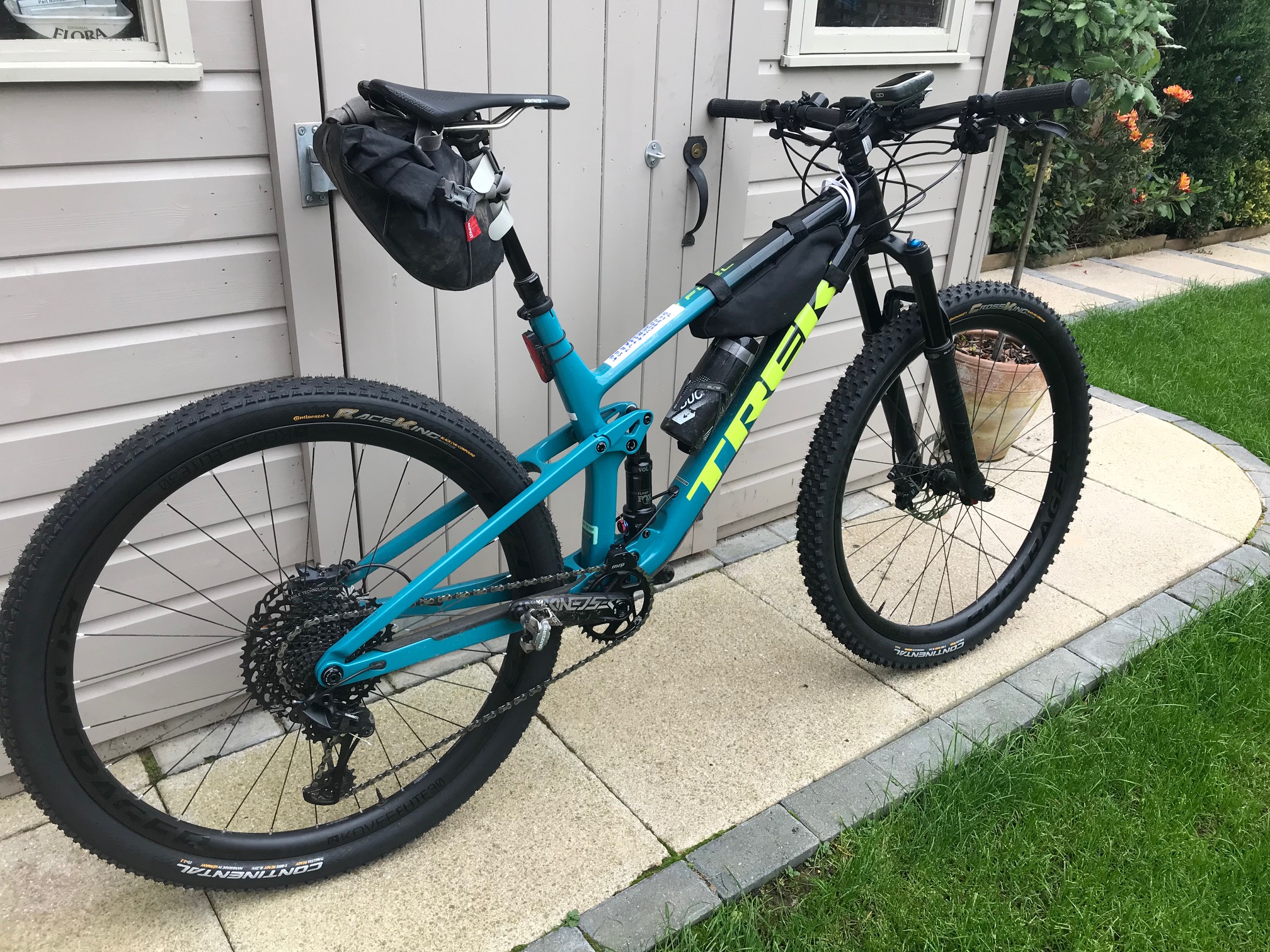 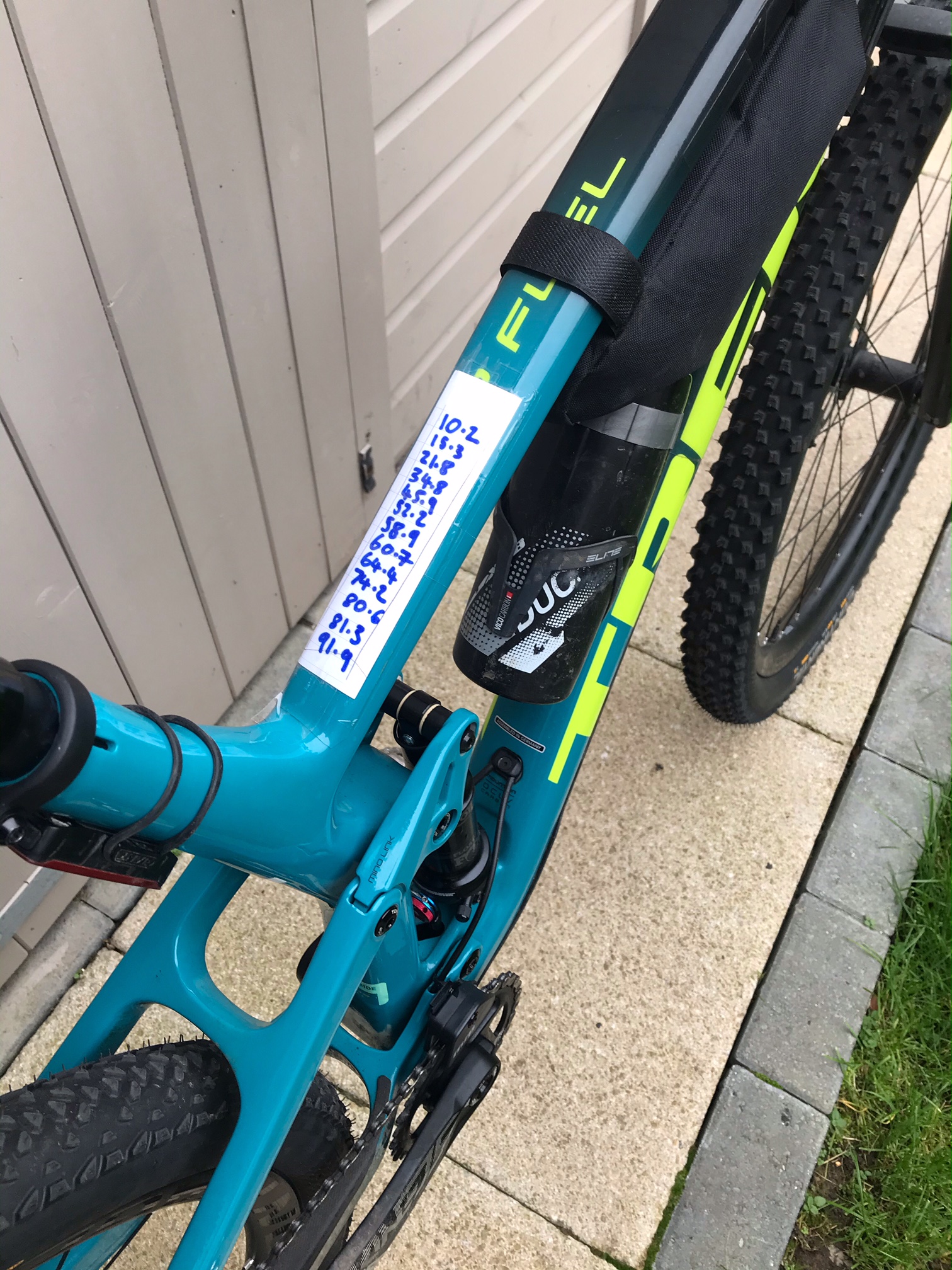 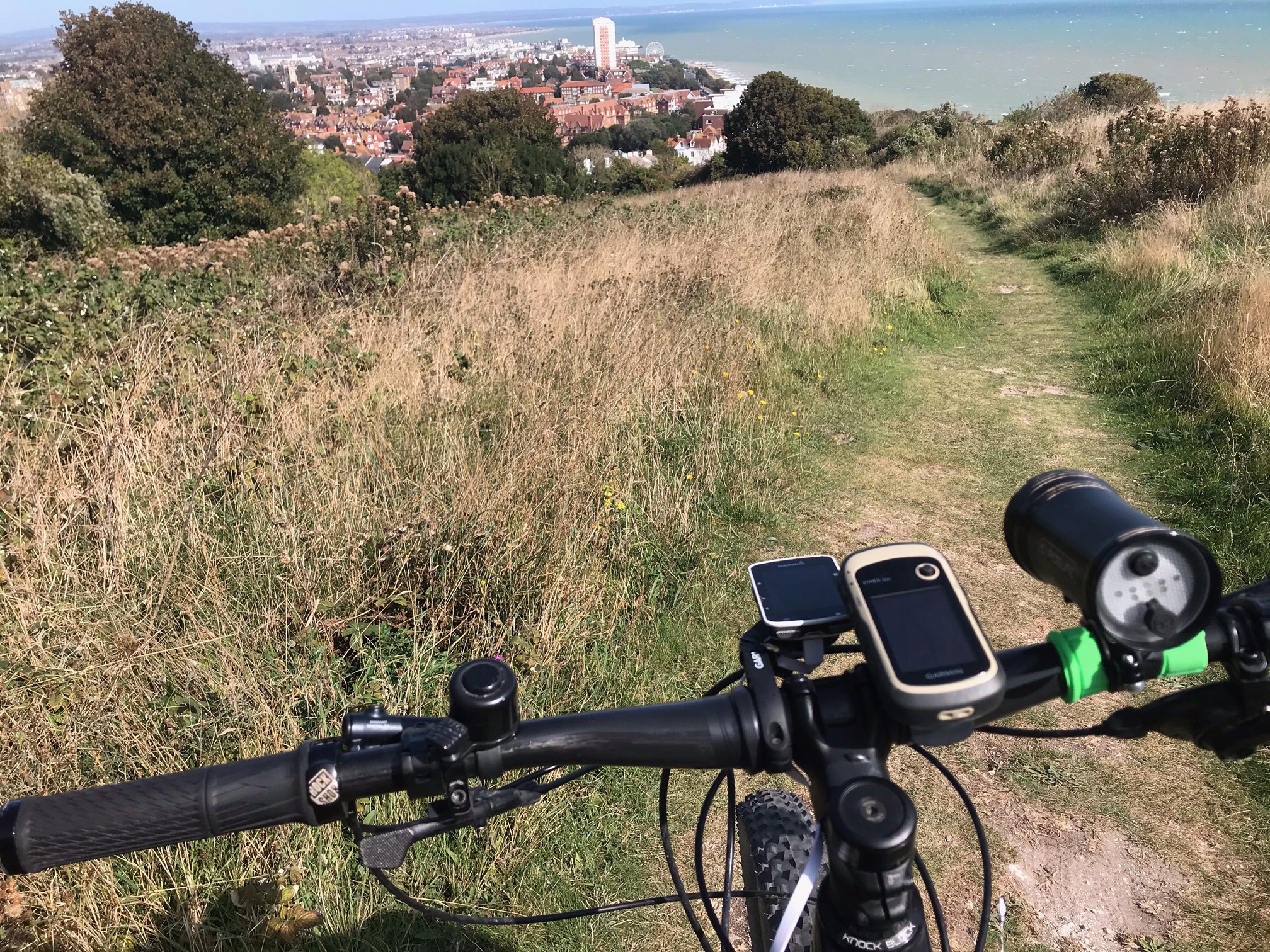