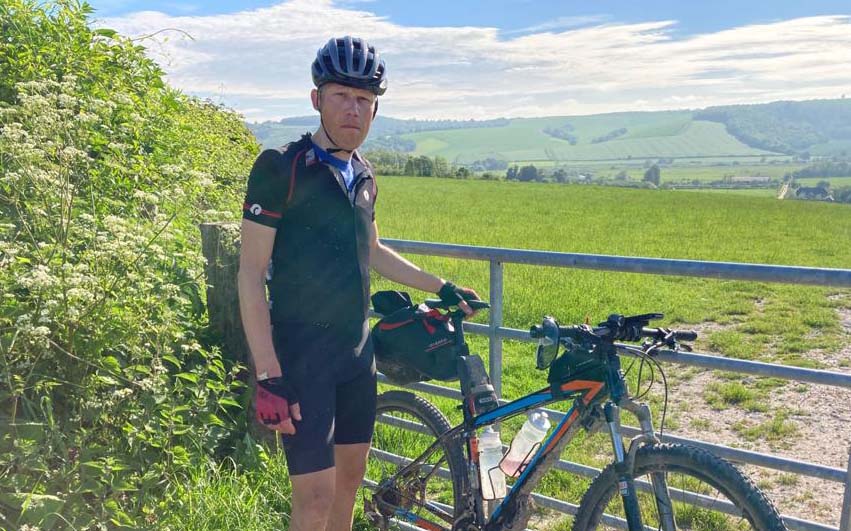 In Adams words
After having tried the double last August with Dan Ellis and getting to 166 miles before having to stop due to light & timings the experience was both invaluable & motivating tom get it done this time. Plan was to attempt again with Dan & Chris Jones but we couldn’t do the same date so I thought i’d have a go solo.

Set off shortly before 1am Sunday to minimise to many hours of riding in pitch black. Once the birds start tweeting and you see the first bit of light it feels like everything starts to get going. Made steady progress to Winchester, temperature was about perfect and even the 10 mins of rain was ok. The feeling of halfway gives you the obvious boost and coming back was going ok, beware if you’re attempting soon as both the Washington & Botolphus taps were both not working.

Once I got to Southease the light was starting to fade, which was fine, but the Fog however wasn’t!!!!! heading towards Firle navigation invloved pretty much viewing the Garmin screen & seemed to take an eternity which reduced avg speed for whole journey from 10.1mph to 9.5mph