In Nick’s words
A good friend, Matt, has wanted to ride the Double for years but not so far got round to it. I had ridden the SDW a few times but always thought the idea of the Double was bonkers and beyond me. Then Mark came along and did not say he wanted to do it . He said he was doing it. He knew I had ridden off road at night and cajoled me into the idea. I cautiously went along with it and a bit of a recce , safe in the knowledge/hope that it would come to nothing.
But Mark is made of stern stuff and I quickly ran out of excuses. I would say that riding it at night a week before was key to our confidence that we could give it a good go as we made it in a little over 10 hours . More importantly we both really enjoyed the experience -not least a stunning dawn.
We were never riding it aiming for the fastest time we could do. We just wanted to make sure that we finished it in under 24 hours and enjoyed it. Hence the stops at the wonderful Wildflower Cafe at Saddlecombe on the way out and meeting up with my mates Colin at Southease at 8pm on the way back and Niall at Chantry Post at 00.20 . As well as laying on a banquet of just the sort of food we wanted they gave us a massive psychological boost with their upbeat encouragement.
Could we have done the ride without their support ? Yes. But for others contemplating the Double and happy not to ride it as an Unsupported Independent time trial if you have friends as good as Colin and Niall who will support you on the night section , I advise it for the fillip it gave us.

One highlight of the ride was being accompanied by a number of owls during the night section. We would come across one sitting on a fence post at the side of the trail and it would fly maybe 20 yards along , stop , wait for us and then fly on again. Magical.

In terms of kit, like Mark I rode a mountain bike, a Scott Scale Carbon hard tail, with 27.5 Schwalbe Rocket Ron tubeless tyres. I have ridden the SDW on a gravel bike but a mountain bike was much better for the double as it takes a lot less out of you physically and less concentration needed to pick a line on fast descents. A big Exposure light and night time riding was fine. We did not carry much stuff -really just food and we had more than enough to get us through in case we missed Colin or Niall. We did not feel sleepy at all but I did have a couple of Blockhead caffeine chewing gums, more because I like the taste and it freshens your mouth. I carried some veloforte bars but though I like them I had enough sandwiches and cake, together with the feasts provided by our supporters , not to eat any of the bars.

My gratitude to Mark ( despite me having cassette envy with my tiny 42 tooth smallest gear contrasting with his dinner plate ) for getting me to do this and being such good company on the Double itself and our prep rides.

In Marks words
We sowed the seed of ‘the double’ in Spring, an initial group of 4 ‘signed-up’, but reduced to Nick & me when 2 bailed early in the training programme (but with a commitment from Ger & Mike to do the double in 2022 !).
We rode Winchester – Eastbourne (daytime) and Eastbourne – Winchester (nighttime) in the 2 weeks before our attempt, we picked the actual day for our ‘double’ based on the weather forecast and daylight hours and set-off at 7am on the 24th June from Winchester. Early puncture for me – a sidewall cut that the sealant would not fill – Nick to the rescue with a Stans dart and a couple of short stops to top up the pressure and all was good – not much of a delay. Nick’s turn to get a puncture at our first food stop @ The Wildflour Cafe – tubeless resealed with a helpful top up of pressure. Weather was good to Eastbourne & with the help of a slight tail wind we made good time.
Return trip was a bit wet with a few rain showers (not in the forecast) and with a bit of a headwind but thankfully broken up by a couple of food stops provided by Colin & Niall (a very big ‘thank you’ to both of you).
I borrowed by brother-in-laws top spec Trek pro Calibre for the ride (many thanks Andreas) – with a 50 tooth out back it really did feel like cheating up the steepest of climbs – I must get one !! Navigation via my Garmin Edge 1030 which I kept topped up with power via a power pack from my top tube bag – device was faultless – even if my eyes weren’t. Light provided by a couple of Lezyne micro drives which gave just enough light (if a bit limited in beam range on the faster descents)
Food stops with some ‘proper’ food were a real bonus, otherwise I ate through a load of homemade flapjacks and a few caffeine gels. We rolled into Winchester after 23hrs & 30 mins – job done 😊👍
A very big thank you to Nick for providing the company and encouragement – priceless.
As always – time riding on the South Downs is an absolute pleasure, & extra special during sundown and sunrise – truly stunning.
I was asleep on the train out of Winchester back to London within 10 minutes of getting on board – now thinking about the next challenge. 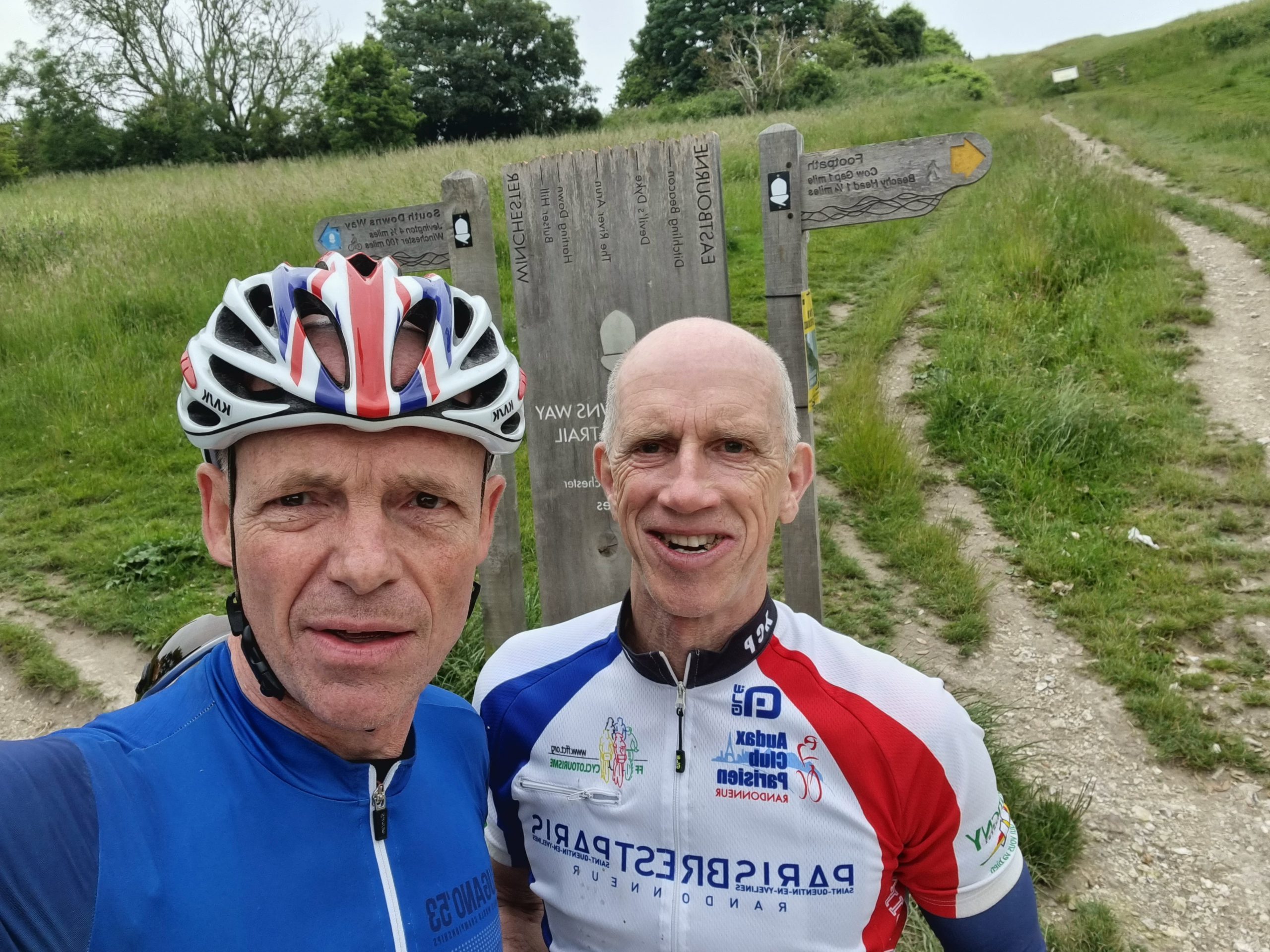 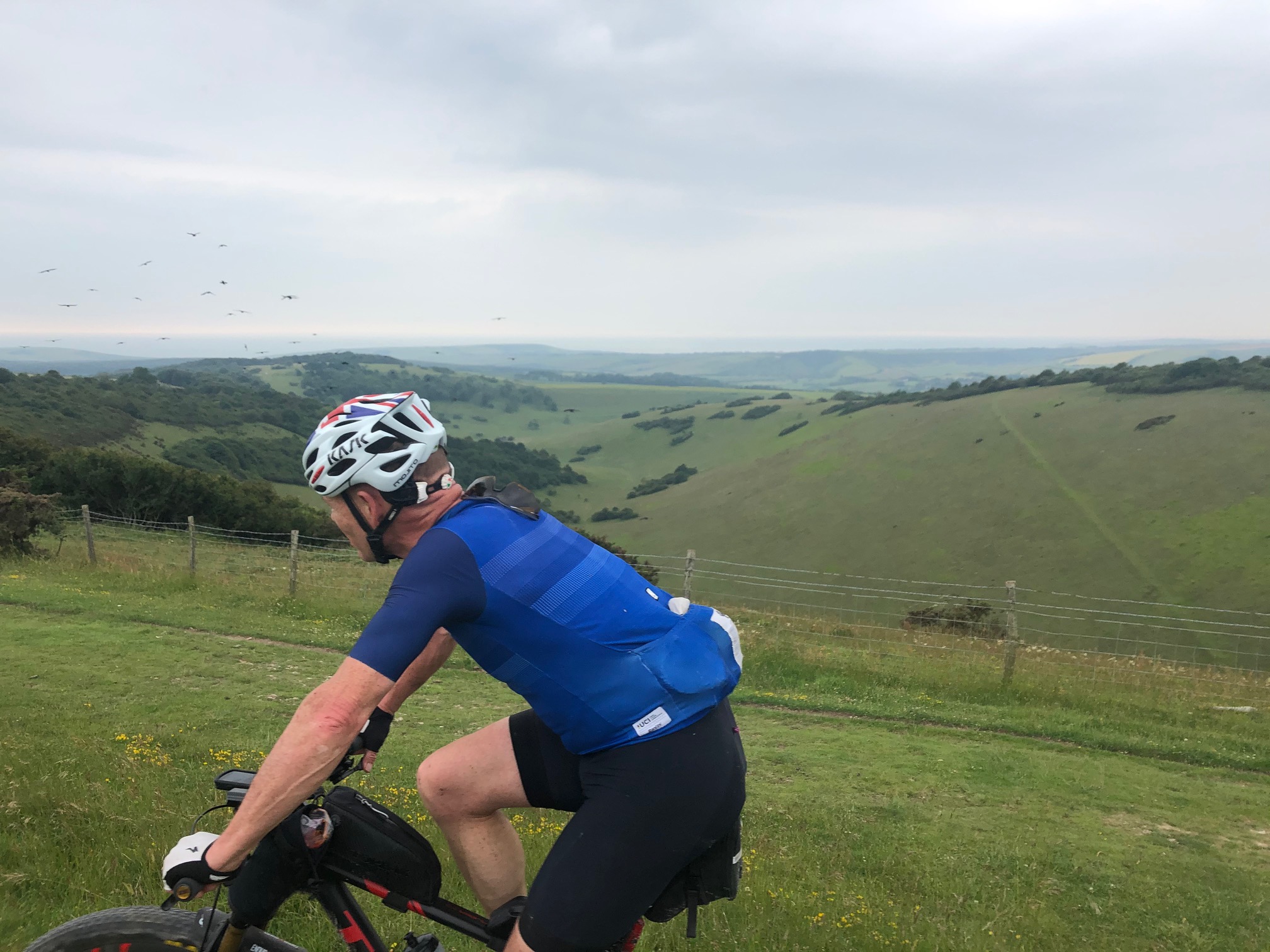 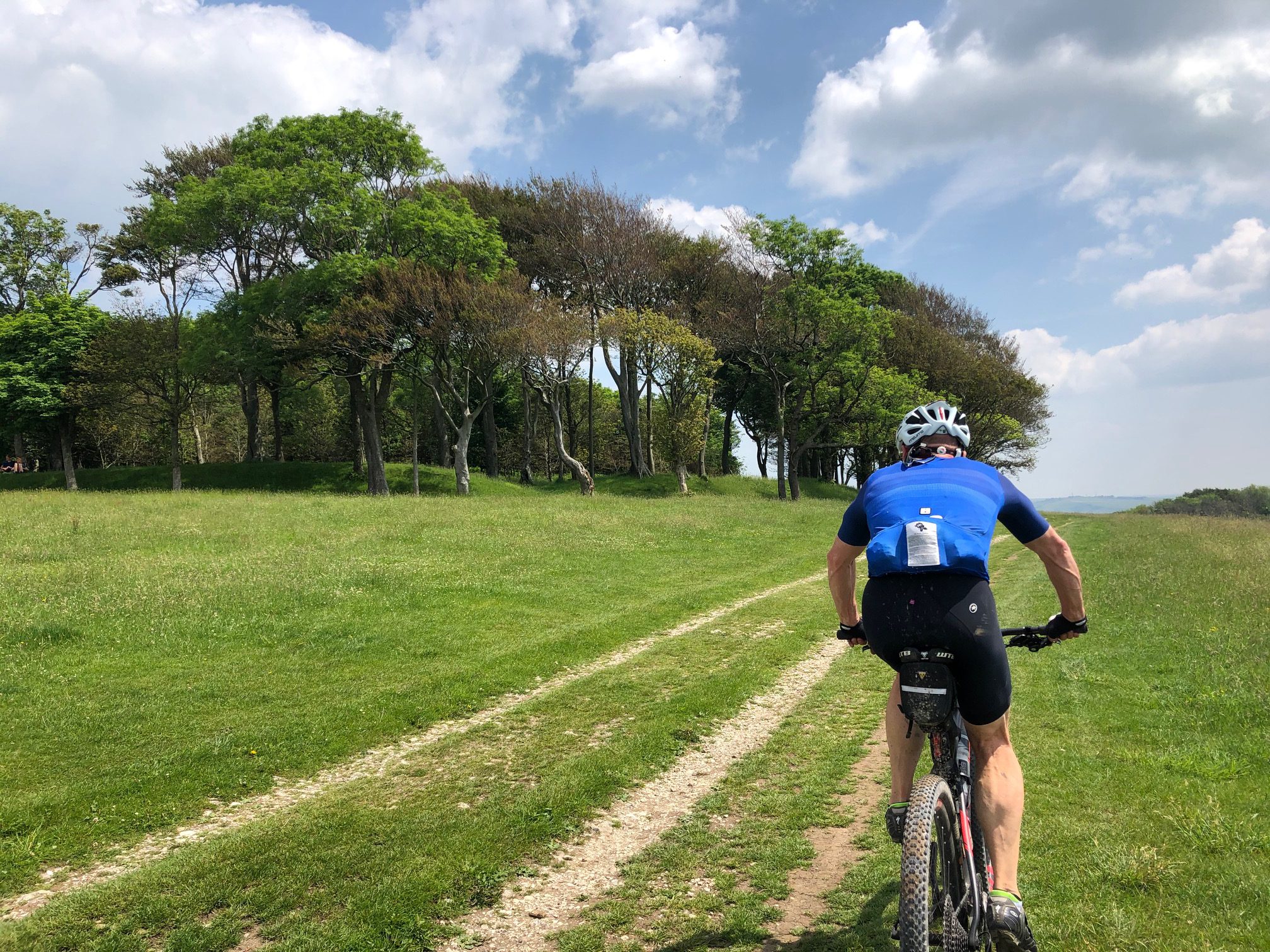 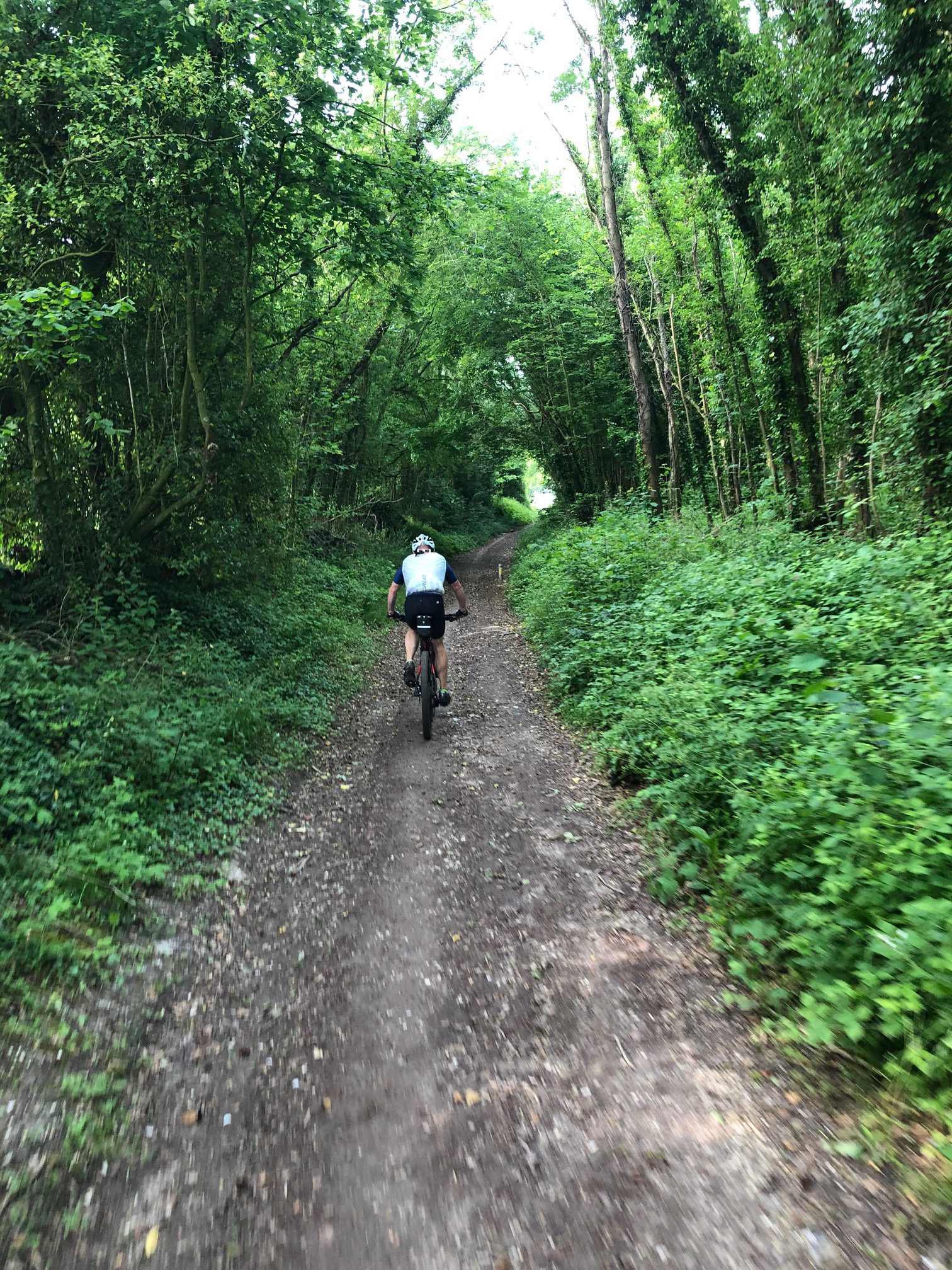