Congratulations to Phil Wilks and Will Weynberg 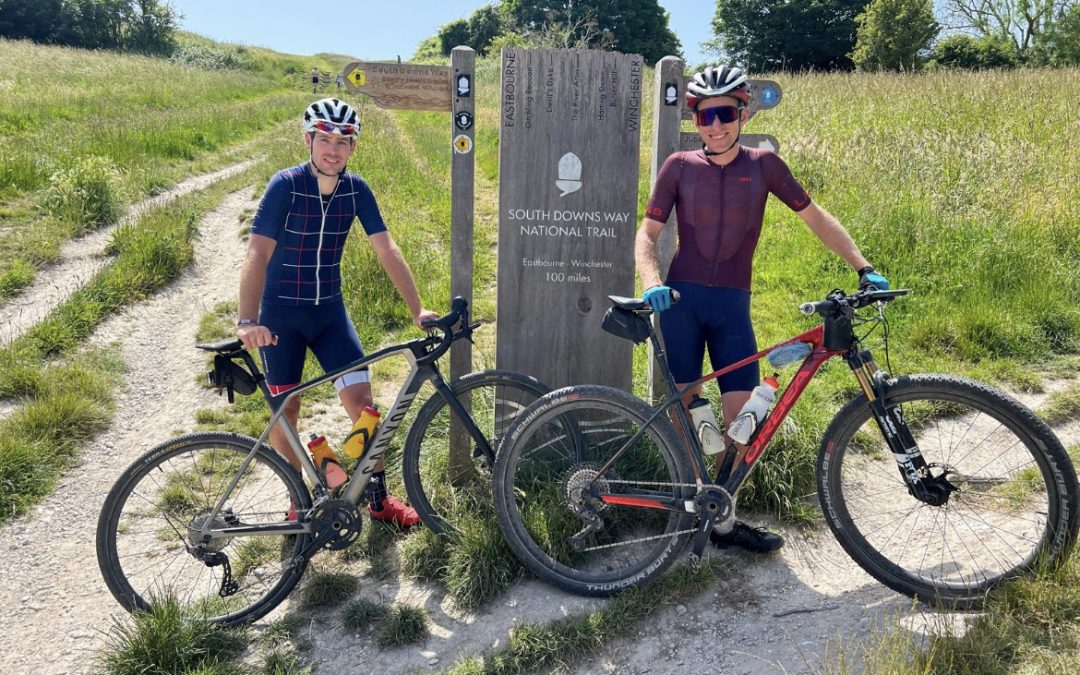 Phil Wilks and Will Weynberg – 22h 27m 18s on the 17th of June 2022. Hight temperatures did not stop Phil and Will entering the Hall of Fame!

In their own words

We set off from Winchester as the sun was rising at 4:30am. Will’s parents Peter and Felicity were supporting us, and due to meet us around half way to Eastbourne and then every couple of hours after that. We were traveling light, partly due to the fact we would be able to stock up on supplies after 50 miles and partly due to the lovely warm morning.

The rough plan was to get the first leg done in 10 hours, giving us 14 hours to complete the return leg. Early progress was good, with the miles flying by. As the morning went on we got progressively hotter, and our stops became progressively longer as we used the opportunity to have a bit of a rest in the shade and enjoy a cold drink. As we tackled the last couple of climbs before Eastbourne, I wasn’t able to sustain the same pace as Will and we decided to ride separately for a bit.

We arrived in Eastbourne after 9h 15m, so slightly ahead of schedule. By this time the temperature was 33°c and we were both feeling the effects of the heat. We stopped for about 45 minutes for a more substantial bit of food from the support car, and after a photo set off back up the steep grassy climb.

The first leg was quite uneventful without any punctures, but our luck was about to change. After only about a mile, Will got a large slit in his rear tyre and lost most of his sealant. We had spare wheels in the support car and considered calling for help, but we managed to plug the slit and carry on.

Whereas the miles were ticking by nicely on the first leg, the return leg seemed to be going very slowly. Will was pulling ahead on most of the climbs, and I was able to make up a bit of time on the rougher descents as I was on an MTB. I found I was unable to eat solid food, but I could get gels down so could still keep on fuelling. Will’s parents noticed a drop in our spirits, and it was starting to sink in just how much hard riding there was ahead. However, we were determined to continue and finish the job.

We made it back to Cocking before needing lights. With about 35 miles to go the end was in sight, and we were looking at a potential total time of around 21 ½ hours.

We were cruising through the woods near Harting at about 10:30pm when I heard Will shout for me to stop. It was another rear tyre puncture, but not as bad as the first one. We plugged it, but when we re-inflated the tyre and took the pump off, half the valve snapped off and came with it.

We decided to call for a spare wheel, as an inner tube was unlikely to get us all the way back to Winchester with some rough terrain still to come. I thought that we were very close to crossing a main road, and we called Will’s parents to ask them to meet us there. However, the route didn’t actually cross that road until much further on, and we wasted a lot of time walking and retracing the route for about a mile, until we finally met up with our support car and got the new back wheel on.

The time was now 11:40pm with 30 miles still to go, but Butser Hill the only major climb remaining.

It was now my turn to have problems, starting with my chamois pad which was irritating my skin so much I was riding standing up the majority of the time, and resting my thigh on the saddle on descents to give my wrists a break. With about 15 miles to go, my front light decided it would rather spin around than point forwards. We managed to fix this with a bungee cord taken off my food pouch.

A massive thanks to Peter and Felicity who were fantastic as our support team. 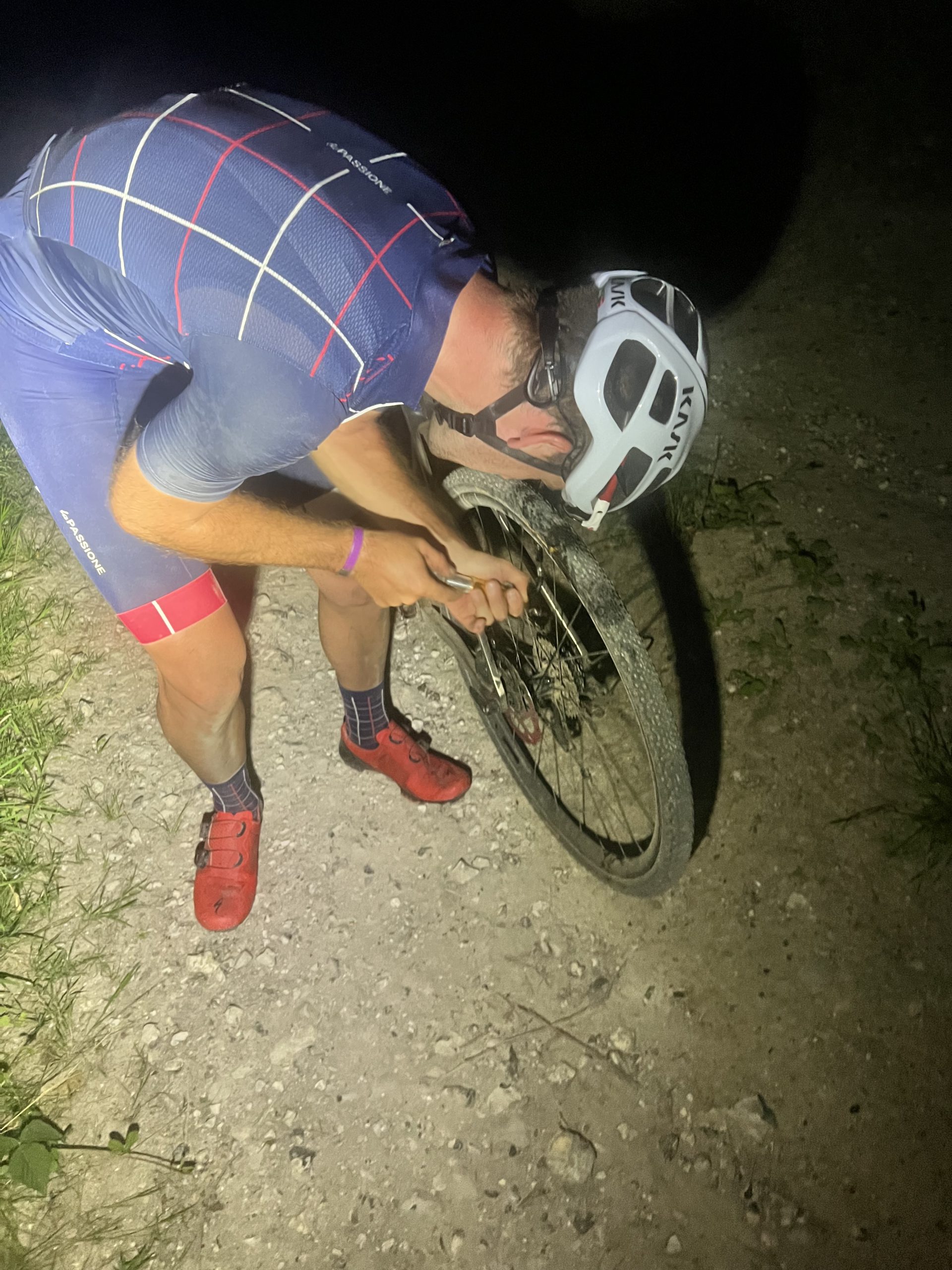 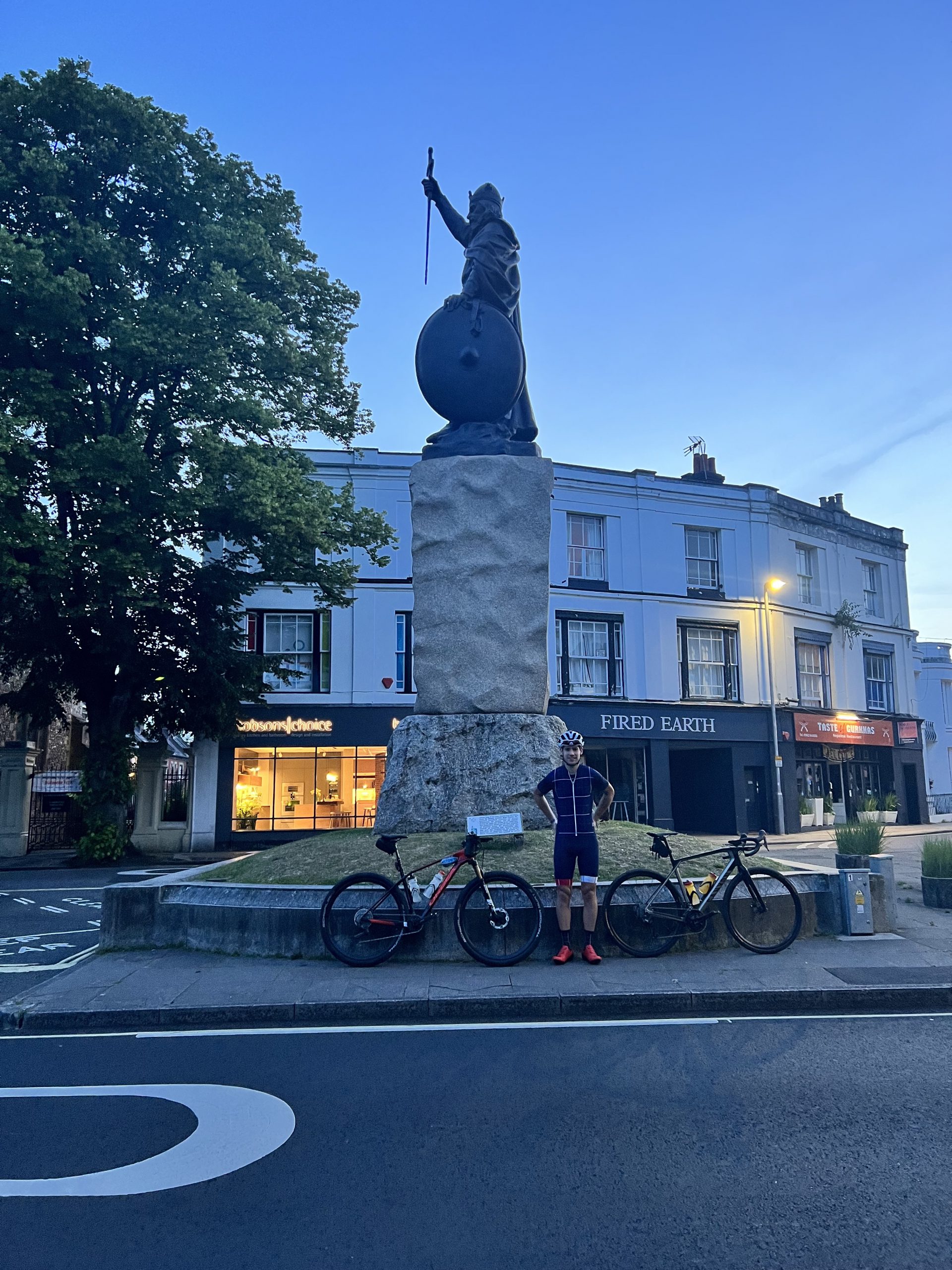 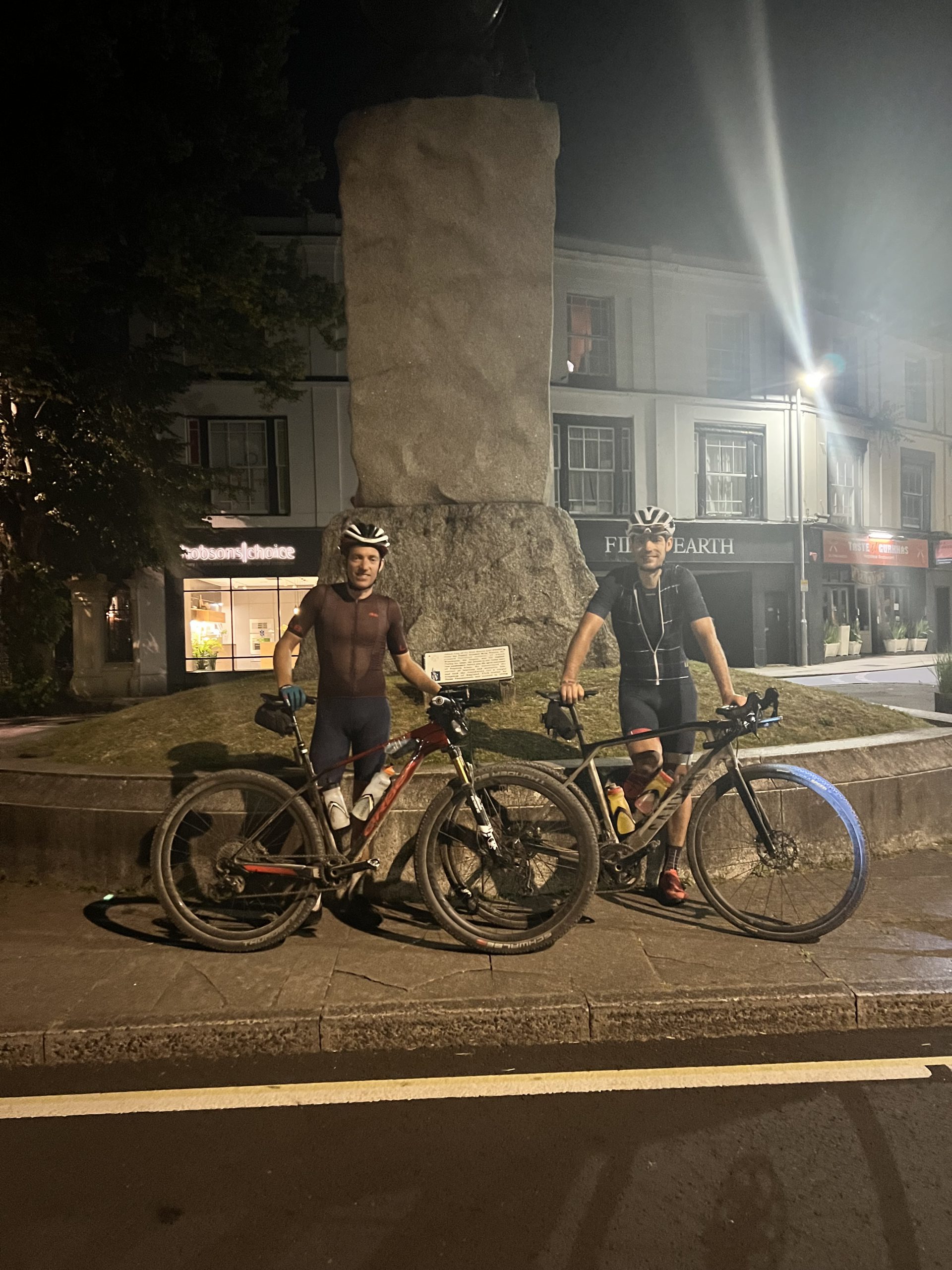